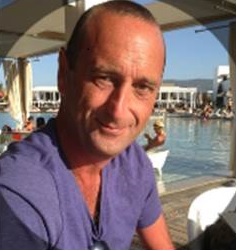 Professor Andy Borman is the Deputy Director of Public Health England’s UK National Mycology Reference Laboratory since 2003 and also an Honorary Professor at the College of Life and Environmental Sciences, University of Exeter, UK. His research interests include the epidemiology of emerging fungal pathogens and neglected tropical diseases caused by filamentous fungi, the diagnosis and management of fungal infections, the molecular and proteomic identification of pathogenic fungi, fungi associated with cystic fibrosis, and fungal taxonomy, phylogenetics and nomenclature.
Prior to joining the Mycology Reference Laboratory, Prof Borman was a senior research scientist and then deputy director of a research unit in the Departments of Retrovirology and Virology at the Pasteur Institute, Paris, France from 1992 until 2003.
Educated at the Universities of Manchester (B.Sc.) and Cambridge (Ph.D), Andy has published over 140 peer-reviewed papers and book chapters. He serves as a reviewer for a wide range of scientific journals, was previously on the editorial boards of the Journal of Clinical Microbiology and Mycopathologia and is a current editor for Medical Mycology and Journal of Fungi.
He is a member of the American Society for Microbiology and the British Society for Medical Mycology and several working groups of the International Society of Human and Animal Mycology (ISHAM). He also served as co-convenor for the ISHAM working group on “Fungal respiratory infections in cystic fibrosis” from 2009-2017.