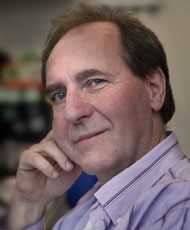 Sybren de Hoog (1948) studied biology at the State University of Utrecht. From 1971 onwards he is researcher in phylogenetic and ecological mycology at the Centraalbureau voor Schimmelcultures at Baarn, since 2000 in Utrecht and renamed as Westerdijk Fungal Biodiversity Instritute. Since 2017 he moved to the Center of Expertise in Mycology of Radboud University Medical Center and Canisius Wilhelmina Hospital in Nijmegen, The Netherlands. He was professor of mycology at the Institute of Biodiversity and Ecosystem Dynamics of the University of Amsterdam, and holds visiting professorships at the Research Center for Medical Mycology, Peking University Health Science Center, Beijing, China, at the Sun Yat-sen Memorial Hospital, Sun Yat-sen University, Guangzhou, China, the Shanghai Institute of Medical Mycology, Changzheng Hospital, Second Military Medical University, Shanghai, China, the Basic Pathology Department, Federal University of Paraná State, Curitiba, Paraná, Brazil, and the King Abdulaziz University, Jeddah, Saudi Arabia. He is special advisor of the Dermatology Institute in Nanjing, China. In 1974 he obtained his PhD (promotor: Prof. Dr. K. Verhoeff) with a thesis entitled ‘Revision of some genera of imperfect fungi’. Area of interest is the taxonomy, ecology and evolution of fungi, with emphasis on possible lines of adaptation to the human host. He has written over 800 scientific papers, in addition to the editing of symposia on yeasts, yeast-like and medical fungi in Amersfoort (1987), Atlanta (1992), Adelaide (1993) and Veldhoven (1996) and co-editing of the symposium on black yeasts at Vancouver (1994). Numerous special issues of journals were prepared, ao. of Studies in Mycology, Fungal Biolology, Medical Mycology, Mycoses, Fungal Diversity and Persoonia. He was program chairman of the TIFI/ECMM congress in Amsterdam (2003) and of the ISHAM Congress in Amsterdam, 2018. He has prepared an Atlas of Clinical Fungi (with J. Guarro, Reus, Spain), for which electronic versions with molecular data have appeared; the book will appear in print in 2020 with about 3000 pages. Chinese and Russian translations of this book are being prepared. Forteen chapters on filamentous yeasts were written for the book “The Yeasts” (eds C.P. Kurtzman et al.). He worked several months as a guest professor at the Research Center for Pathogenic Fungi in Chiba, Japan. He has been managing editor of the journals ‘Antonie van Leeuwenhoek’ and presently of ‘Mycoses’ and is member of the editorial boards of Mycopathologia, Mycological Progress and of the PubMed facility Faculty of 1000. He is scientific secretary of the Netherlands Society for Human and Veterinary Mycology, former member of the International Committee on Yeasts. Currently he is past-President of the International Society for Human and Animal Mycology (ISHAM). In this function he assisted in the organization of ISHAM and satellite congress in Tokyo and Beijng in 2009. His teaching activities comprise the International Course Medical Mycology for hospital personnel, with editions in China and Brazil. Presently he (co-)guides 12 international PhD students and postdocs. ​