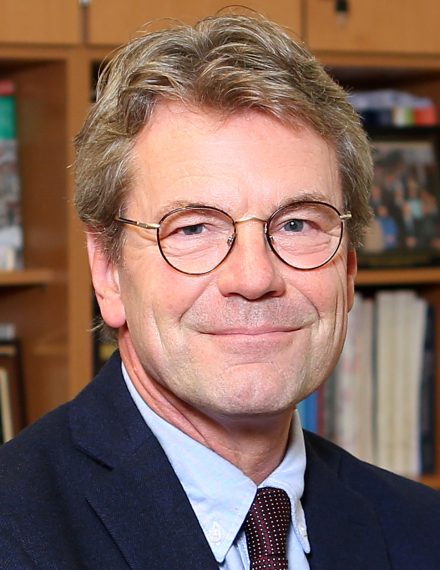 Georg Maschmeyer, MD, is Professor of Internal Medicine, specialized on hematology and medical oncology and infectious diseases. At present, he is chief physician of the Department of Hematology, Oncology and Palliative Care and director of the Cancer Center at the Klinikum Ernst von Bergmann in Potsdam, Germany. He is Chairman of the German Society for Hematology and Oncology’s Working Party on Infections, and has served as the Chairman of the German Paul Ehrlich Society for Chemotherapy’s section on Infections in Hematology and Oncology and the German multicenter study group on antimicrobial treatment of infections in patients on high-dose chemotherapy and autologous stem cell transplantation. From 2008-2016, he was member of the ICHS executive committee and served as ICHS president from 2012 to 2014. In 2014, he was the president of the 18th ICHS symposium held in Berlin, Germany. Professor Maschmeyer is the author and co-author of more than 300 original papers, review articles and book chapters. He also serves on the editorial boards of Transplant Infectious Diseases and Current Opinion in Oncology. He is a member of numerous national and international scientific societies including the American Society of Hematology, the European Hematology Association, the European Society for Clinical Microbiology and Infectious Diseases, the International Immunocompromised Host Society and the European Society for Blood and Marrow Transplantation.