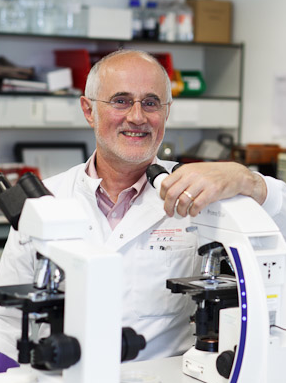 Malcolm Richardson is Director of the Mycology Reference Centre, University Hospital of South Manchester, Manchester and has an affiliate appointment at the University of Manchester as Professor of Medical Mycology. His clinical and laboratory investigations over 42 years have focused on the diagnosis, pathogenicity, and epidemiology of superficial and systemic fungal infections. More recently he has applied his diagnostic expertise to investigating the impact of indoor moulds on human health. In recognition of this he has recently been elected as President of the UK Institute of Specialist Surveys and Engineers. He has published over 400 original articles, book chapters and reviews and is the author or editor of fifteen mycological textbooks and handbooks, including: The Pocket Guide to Fungal infection, 3rd Edition (2006), Therapeutic Guidelines in Systemic Fungal Infection, 4th Edition (2007), Fungal Infection and Critical Care Medicine (2008) and Fungal Infection: Diagnosis and Management, 4th Edition (2012). Professional duties have included being Editor-in-Chief of Critical Reviews in Microbiology (2008-2014), and acting as an advisor to the World Health Organisation, and the European Food Safety Authority. In June 2012 Malcolm Richardson was elected as President-Elect of the International Society for Human and Animal Mycology (ISHAM) (2012-2015) and took up the position of ISHAM President in May 2015. He is an advisor for the Global Action Fund for Fungal Infections (GAFFI) and the LIFE (Leading International Fungal Education) Programme. Malcolm Richardson is an enthusiastic teacher and is closely involved with the University of Manchester Masters in Medical Mycology.