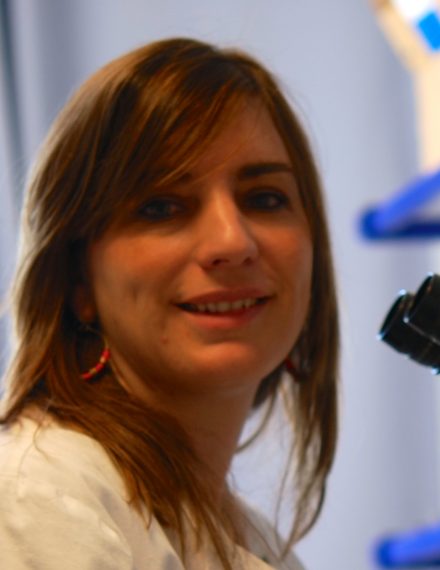 Ana Alastruey-Izquierdo has an MsC in “Microbiology and Parasitology” and in “Bioinformatics and Computational Biology” from Complutense University (Madrid, Spain). She got her PhD in 2009 under the title “Molecular identification and antifungal susceptibility profile of human pathogenic fungi”. After completing her degree she was a Postdoctoral researcher at the Public Health Research Institute (New Jersey, USA) working in antifungal resistance. She joined the Mycology Reference Laboratory at the Spanish National Centre for Microbiology (Madrid, Spain) in 2011 where she is working at the present as a Research Scientist. She has been a visitor Scientist at The Fungal Biodiversity Centre (CBS, Utrecht, The Netherlands), Austrian Institute of Technology (AIT, Seibersdorf, Austria) and European Bioinformatics Institute (EMBL-EBI, Hinxton, UK).

Se has published 64 peer reviewed papers and three book chapters in the last 10 years. She has participated in 20 projects being principal investigator in eight of them. She has been a speaker and chair in several national and international conferences. She is board member of three international journals. She is treasurer of the Fungal Infections Study Group (EFSIG) of the ESCMID, secretary of the Medical Mycology working group (GEMICOMED-SEIMC) of the Spanish Society of Microbiology and Infectious Diseases and board member of the Spanish Society for Mycology (AEM partner of ECMM). She is GAFFI (Global Action Fund for Fungal Infections) ambassador for Spain and the representative for Spain and Latin America in Young-ISHAM (International Society of Human and Animal Mycology).