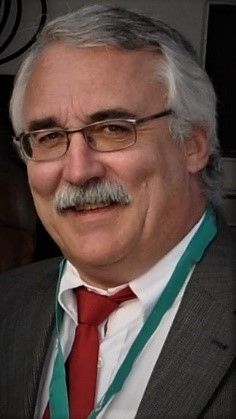 Since 1990, Dieter Buchheidt, MD, PhD had been a senior physician at the 3rd Medical Clinic, University Medical Centre Mannheim, and was known to many of us for his scientific and educational contributions in the fields of infectious disease, supportive care, and Medical Mycology in immunocompromised patients. Dieter Buchheidt was born in Bayreuth, Bavaria on 28 August 1955. After medical school in Homburg and Heidelberg, he began his medical training in surgery and cardiology in Heidelberg and Weinheim, Baden-Württemberg. He obtained his doctorate in 1981 with an experimental study on uraemia toxins and transitioned to the Haematology/Oncology 3rd Medical Clinic, University Medical Centre Mannheim where he became Attending Physician in 1990. He completed his PhD thesis or habilitation in 2002 and was appointed Associate Professor of the University of Heidelberg in 2006. In addition to his work as an adult haematologist and oncologist, Dieter developed into a well-respected Infectious Disease specialist and an experienced Intensive Care physician. He built bridges between these clinical disciplines through his scientific work that focussed on the diagnosis and treatment of infections, and in particular invasive fungal infections in immunocompromised patients. In this area, over two decades, he has made lasting contributions to the establishment of molecular diagnostics of invasive infections by filamentous fungi through a set of systematic collaborative studies and has developed his research laboratory into a reference centre for multicentre, multinational diagnostic trials and a place where several successful careers were started. Based on his outstanding scientific contributions to Mycological Research, in 2016, he was appointed as one of the founding Fellows of the Academy of the European Confederation of Medical Mycology (ECMM).
Dieter was dedicated to Medicine on many levels, including membership in the board of the Support Association of the St. Vincent Hospice in Mannheim-Käfertal and in the Ethics Committee of the Physicians Association of the state of Baden-Württemberg. He was active in various national and international scientific groups and professional societies and played an important role in their activities and development. He served as longstanding advisory board member of the Working Party on Infections in Hematology and Oncology (AGIHO) of the German Society for Hematology and Oncology (DGHO) and was Chair of the Haematology/Oncology Section of the Paul-Ehrlich Society for Chemotherapy (PEG). From 2014 to 2017 he was vice-chairman and from 2017 to 2020 chairman of the German-speaking Mycological Society (DMykG). During his tenure, he was conference president of the highly successful and memorable 53rd Annual Scientific Meeting of the DMykG – the MYK – in Mannheim in 2019, which he chaired with great enthusiasm, professionality, and personal commitment.
On November 13, 2021, Dieter Buchheidt, MD, PhD, has passed away at the age of 66 after several months of illness. He will be remembered as a highly respected member of our community who excelled by a strong commitment to Medical Mycology, lasting scientific achievements, personal integrity, and an amiable personality. To many of us, he was a trusted friend, mentor and advisor. We look back on the time shared with him with gratitude and greatest appreciation.